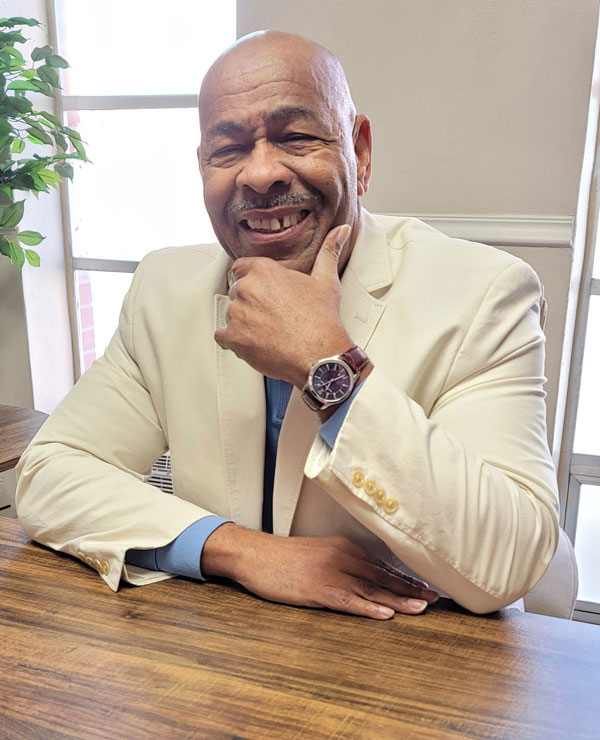 Suffragan Bishop Robert K. Buckner, Sr. is the proud father of 3 children, Robert, Jr., Latricia and Candace. He has three grandchildren Robert III., Camille and Brandon. Suff. Bishop Buckner was saved at the Lively Stone Church of God, under the pastorate of the late Bishop P. L. Scott. He served in many capacities at his home Church, before becoming a National Evangelist for the Pentecostal Assemblies of the World, Inc. After serving nine years on the Evangelistic Field, he founded the Living Word Apostolic Church in the year of 1987.
Pastor Buckner graduated from Soldan High School and went on to college, where he received a Bachelor of Arts degree in Communications, at the University of Missouri-St. Louis. He received his Masters in Theology from Covenant Theological Seminary, St. Louis, MO.
Pastor Buckner also founded “Friends With A Better Plan” Community Action Program (“Friends”), a youth services organization, specializing in youth drug and violence prevention. “Friends”, an auxiliary of the Living Word Apostolic Church, served 15 sites in the St. Louis Public School District and provided drug and violence prevention education to thousands of program youth. The agency has collaborated with Washington University in St. Louis, St. Louis University, University of Missouri-St. Louis and several other Colleges in its efforts to offer expert training and job opportunities for college aged students. In addition, “Friends” has partnered with the City of St. Louis, St. Louis Public Schools, St. Louis City Police Department, St. Louis Mental Health Board, Missouri Foundation For Health, Missouri Department of Health, Center for Disease Control and many other organizations in our attempt to provide at risk youth of St. Louis City and County a better plan and life.
Pastor Buckner has received many awards, the University of Missouri-St. Louis Alumni Award, St. Louis Public Schools Outstanding Community Organization Award, Who’s Who in St. Louis and several others.

To stay in touch with The Your Business Name,  join our mailing list for sales and special promotions, please leave your name and email address.

NOTE: Your information will only stay with us.

Copyright 2019@all rights Reserved by Each One Teach One Foundation